If your fuel filler cap is stuck, locked, hissing or needs replacing, check out our Q&A on petrolcaps.co.uk

Why does my fuel cap spin round when I try to unlock it with a key?

It simply means it is in the locked position. All three fuel caps will operate as both locking and non locking caps. Simply by unlocking and removing the key.

So, which Video do I need to watch?

First, we need your Order Reference (eg: FCC123456UK) to find your order details. You'll find it on the packing slip that came with your fuel cap.

This is how you solve this spinning fuel cap issue. First, insert the key, turn it anti-clockwise (half turn) and remove it. You may find it helpful to put a finger on the cap to hold in place while doing this. Then, twist the cap to the left and then to the right.

Why your Fuel Cap could fail an MOT (UK)

Your fuel cap can be the reason your otherwise healthy vehicle fails it's MOT here in the UK. 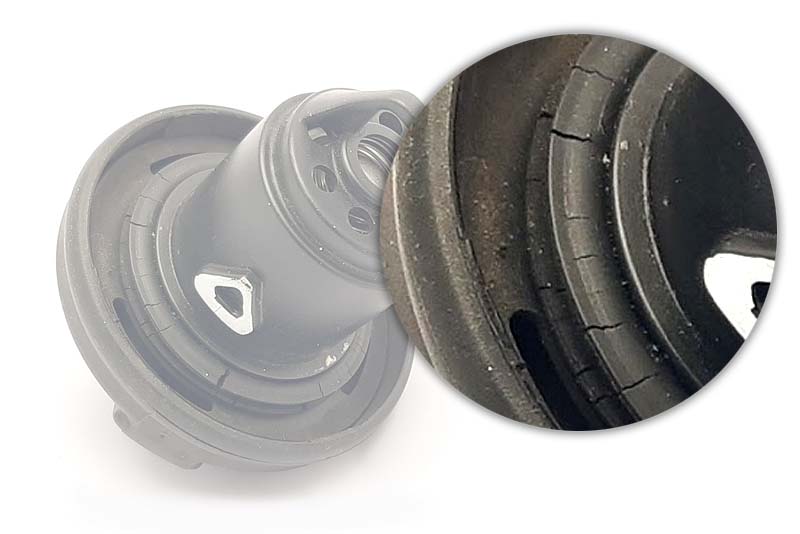 The key reason a fuel cap could lead to an MOT failure, is when the rubber seal perishes and cracks (see examples). Perished or cracked rubber seals can also mean your vehicle will be losing petrol vapour. And this leads to the vehicle using more fuel.

According to Vehicle and Operator Services Agency (VOSA) here in the UK, an MOT failure relating to a fuel cap could fall under the “Reason for Rejections”, which are: 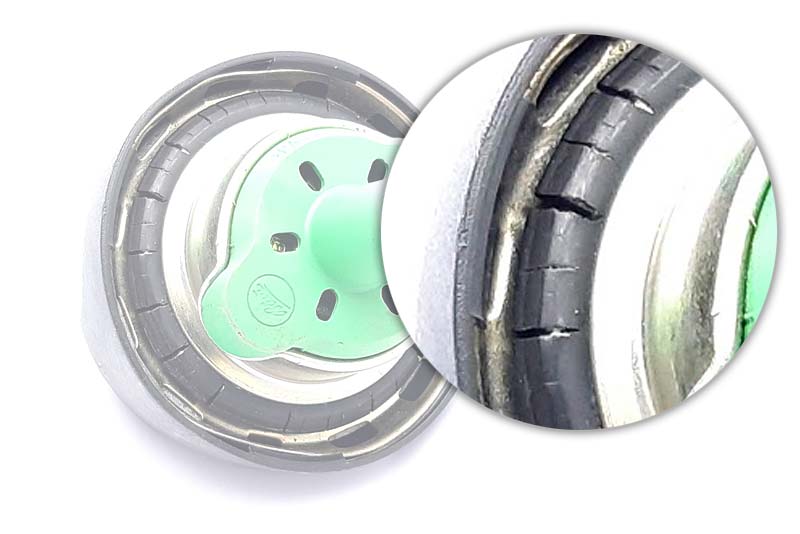 If you need to replace your existing fuel cap due to a perished or cracked rubber seal, we offer a fast, secure service all backed by a lifetime guarantee.

If you need any advice, please get in touch using the live chat button right of this page.

How do I remove a stuck fuel filler cap?

If you own a petrol vehicle this sometimes happens when the seal on the cap or on the filler neck itself becomes dry. When this happens the cap will give the impression it’s stuck.

First try wiggling it from side to side or an effective solution is to use a pair of pliers back to front and again wiggle from side to side. This usually does the trick and you should find it will the come loose.

We would recommend wiping the fuel cap seal with WD40 as this will help stop it sticking in the future. It only requires a really small amount on your finger.

Some manufactures like Renault and Peugeot have mounted the seal on the filler neck itself, so again, just rub some WD40 around this with your finger.

Why does my fuel cap hiss and smell of petrol vapour?

Although this may be alarming, it is quite normal, as the cap is doing what it was designed to do. This normally occurs when we have prolonged hot weather or the vehicle has been inactive for some time.

You may well have had a vehicle years ago that did this every time the cap was opened. Very typical for older model vehicles to hiss when the fuel cap is removed to fill up with fuel.

What’s the difference between Vented Fuel Caps and Non Vented?

Vented Caps as per the original manufacturer specification, breathe through the fuel cap itself. Some caps will require pressure relief valves which will be inside the filler cap. Many modern fuel caps typically have valves that relieve positive and/or negative pressure once it reaches a certain level. A little like a safety value.

When and Why should I replace my fuel cap?

If your cap is missing, or the seal or gasket is cracked or worn, you will need to purchase a replacement fuel cap. It's a UK MOT requirement. A little like a matress, fuel caps should be replaced every 7-8 years.

According to Sun Oil Company research, a vehicle with a missing or inoperative fuel cap will allow 22 gallons (176 pounds) of fuel to evaporate over the period of one year. With the cost of your average fuel cap around £20 it makes financial sense to consider a new cap.